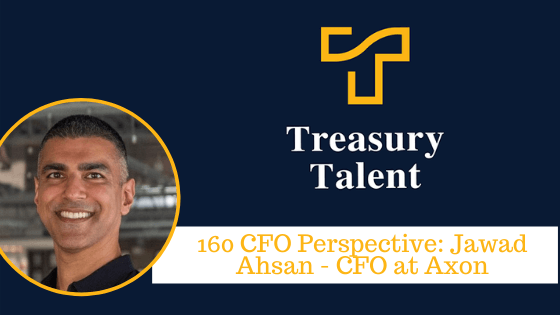 At age 29, Jawad Ahsan defined his North Star: he wanted to move up to the C-suite. A year later, he became a divisional CFO at GE Healthcare, and was soon promoted to be a GE executive. By age 34, he was the CFO of a private-equity backed SaaS company, and by age 37, became the CFO of a publicly traded company, Axon. As CFO, Jawad is responsible for leading the company’s global finance, corporate strategy, legal and IT organizations, as well as Axon’s consumer-facing business. During his tenure, Axon’s market cap has increased from $1 billion to over $6 billion.