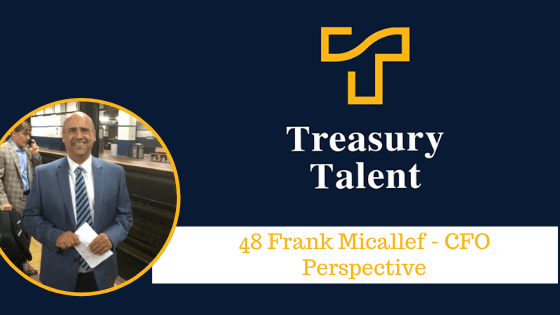 Today on the podcast I am speaking with Frank Micallef who is the CFO at Instatech Pivot.

He is the former treasurer and has moved through the ranks to become the CFO.

Frank has both the treasury and CFO perspectives and brings a lot of knowledge with him.