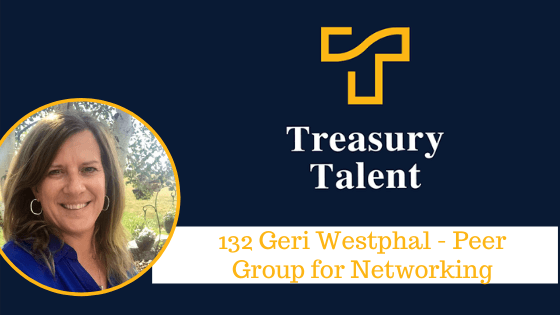 Today I’m joined by Geri Westphal and the rest of the Treasury Talent Team. We decided we wanted to chat about Peer Group Networking. Peer Group Networking is where you put in a group of people who are like-minded, you have something in common, the industry that you work in, or the level that you’re working within the treasury in order to really help around that networking. It’s a peer group where you can ask anything of anyone, the role is to help one another, develop your careers, and be better with what you do.