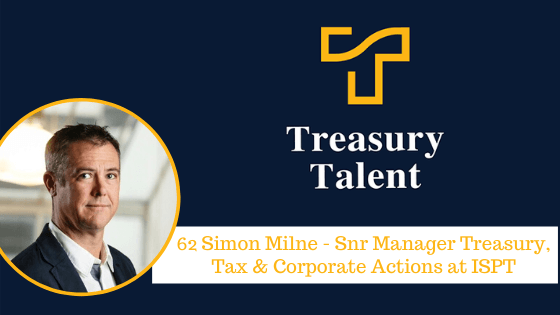 I recently had the opportunity to chat with Simon Milne who is the treasury advisor at ISPT.

Simon has had a career full of treasury positions and he has gained a wealth of knowledge in the industry.

Simon gives us an insight into his role and his thoughts on treasury moving forward.