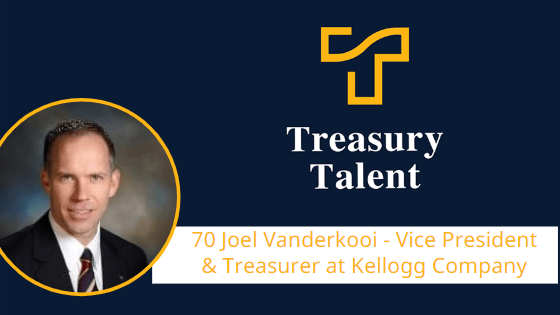 Today on the podcast I am chatting with Joel Vanderkooi.

Joel is the treasurer at Kellogg and has been with the company for over 25 years.

Today we chat about Joel’s career, FMCG companies and his advice for other treasurers.