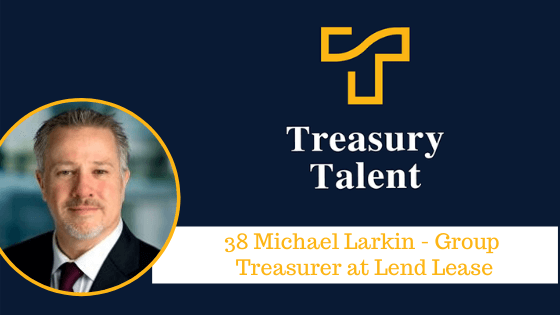 Today on the podcast I had the pleasure of chatting with Michael Larkin who currently works at Lend Lease.

Lend Lease is one of the larger construction companies in Australia and is also well known in other areas of the world.

Michael gives us an insight into the business and his career in treasury.