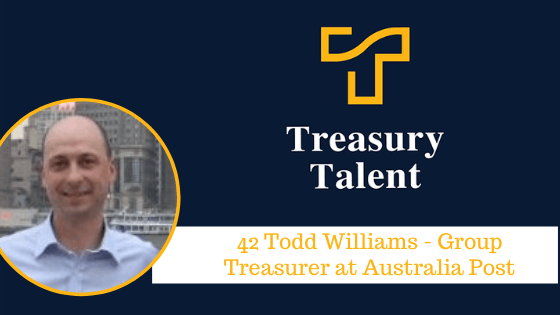 Today on the podcast I saw down with Todd Williams and had a chance to learn about his career, achievements and what he thinks the market is going to do in the coming years.

Todd is the current group Treasurer at Australia Post and has had a career that has included a lot of exciting times and achievements.